Slang squad! It’s time for some tea, fam — we’re going all out on another roll-call, and this time we’re focusing on the dankness that is Millennial slang. Recently, we’ve been scoping plenty of sketches and songs that are trying to yeet in this kind of slang left and right, often to great comedic effect. For example, this quick mask PSA video features Paul Rudd showing off some slang skills to blend in with the age group.

We’ll low-key discuss a few terms in the following article, giving you an idea of how to use them and an quick dive into their origin (if possible). All this, and you’ll be able to blend in just like Paul. Many of the following phrases come from social media, and often from several sources, so we’ll do our best. It’s also important to remember that anyone older or younger than our 1980s and 90s gang can throw out these terms too. 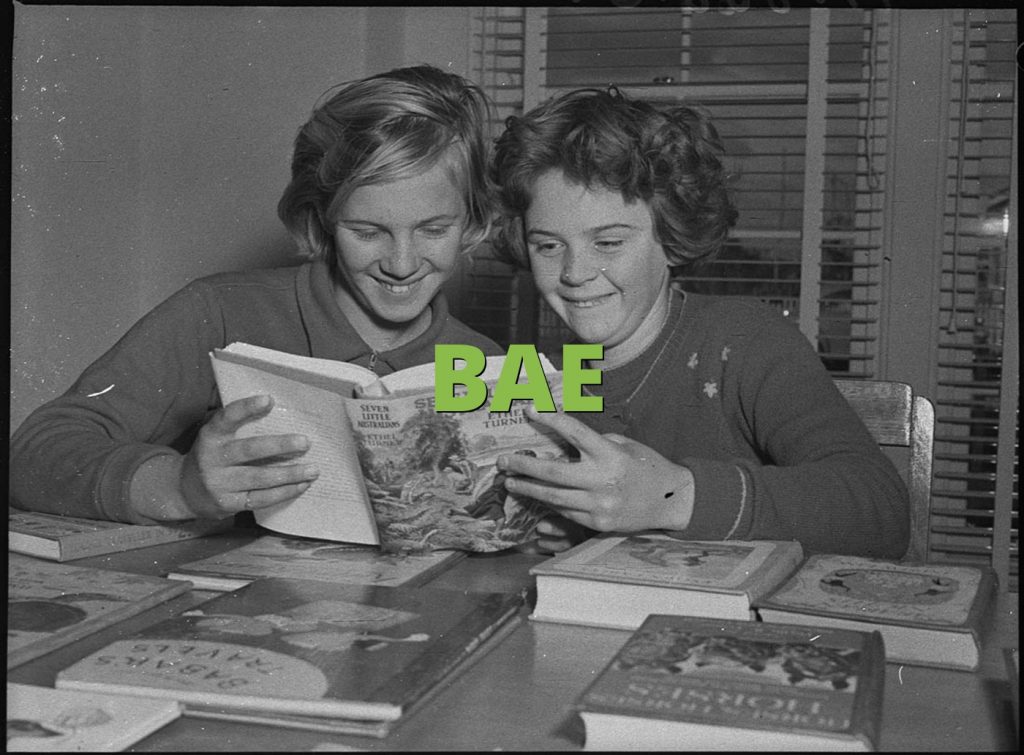 To start off, this word is pronounced “bay” and has quite a few meanings and origins. It can be an abbreviation of “babe” that’s exploded in popularity since the mid-2000s in the R&B and hip-hop scene. To some, it’s also an acronym that stands for “Before Anyone Else”. With these two definitions, it’s clear why it’s been used in countless songs as a term of endearment. Another meanings comes from Danish, where the word happens to mean “feces” — for many who find the word irritating (for some reason), they like to point out this translation, trying to indicate all these rappers are calling their lovers poop. These are the most prolific meanings though, so click above to see some more interesting uses.

“Know how I know you’re bae? You’re always down for shrimp cocktails.” 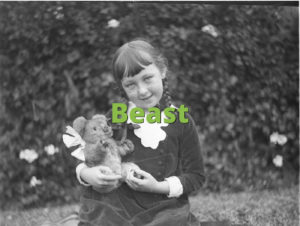 This is a term for a person who is extremely talented within some field. It’s often used to describe athletes who are playing at the peak of their game, who have gone into “beast mode”. A popular 1996 animated series called Beast Wars had transformer-like character that changed into animals, rather than cars, who would enter “beast mode” when it was called for. The football player Marshawn Lynch adopted the nickname Beast Mode during the height of his career in the late 2000s, and the term has stuck around since. You may also hear “Hypebeast”, but this term differs quite a bit (it’s someone who gets hyped for Fashion brands and limited-edition items like sneakers).

“Rapinoe is a beast on the field. Her World Cup games are proof.” 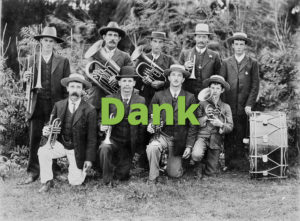 Much like “cool” or “bad” have been transformed to mean radically different things over time, dank has joined the slang lexicon as a word of praise. While it may literally mean cold, dark, moist or musty, it has been adopted by marijuana users and youth culture to describe something as high quality or excellent. This one has been kicking around since the 1980s, but has reentered the public view due to the development of “dank memes” — these often surreal memes feature self-aware, overused, often nonsensical comedic images and have exploded in online popularity.

“Dude, this batch is dank. Where’d you get it?” 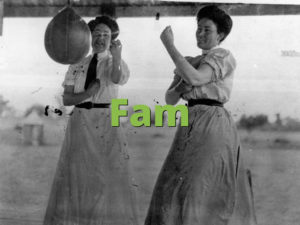 While this one’s simple to figure out the origin (family), it’s use is a bit more nuanced. The word is applied to your closest friends and buddies, but not your actual family. It shows you trust and respect them like you would a family member. The term has certainly gained some popularity due to its use in hip-hop over the past two decades, but has been used as an abbreviation for family since at least the 16th century. 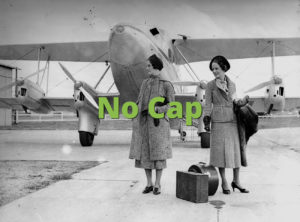 Use of this term indicates the speaker is telling the truth. Capping is a slang term originating in the 1940s that means “surpassing someone”. Over time, people caught on that people who bragged about all the capping they did were likely exaggerating, Thus the term transformed to mean lying. Again, this phrase’s popularity is owed to the hip-hop community who use the term excessively to ensure that everyone knows they’re not exaggerating their claims. This stands out as one of the coolest ways to elaborate that you’re telling the truth.

“For real, he sat down and ate the whole thing. No cap.” 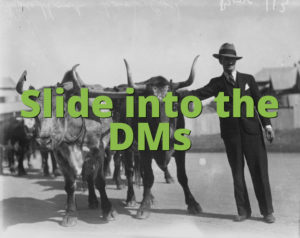 Slide into the DMs

This is a reference to Direct Messaging (DM). On various social media platforms with the feature, like Twitter or Instagram, it’s a convenient feature that allows private conversations with a person. The sliding going on here implies that the conversation is moving from a public post into this private tête-à-tête, and this is most often done in the pursuit of sex. That’s right: when you hear this, it’s most likely describing a suave maneuver aiming to foster a relationship and hopefully it’s smooth. However, if you’re doing this and it’s unwarranted or unwanted, knock it off, you creep. Read the room and don’t harass others, but sometimes, it might be worth a shot.

They’re the biggest creep. They always try to slide into the DMs. 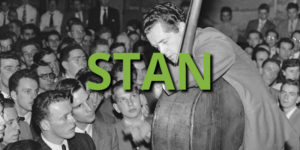 A moniker for an obsessed fan. This term comes from Eminem’s song of the same name that was released in 2000. The song is written to Eminem from a fan named Stan who is very obsessed and troubled, to the point where he’s putting himself and others in danger. Yikes. The song featuring sing Dido was popular at the time of release, winning several awards, and you can check it out here. Twitter later picked up the name and started applying it to the army of fans for different artists who are always finding new ways to show how zealous they really are. While the word can be used as a noun to describe these eager fans, it can also be used as a verb, like “I really stan that.”

Are you a K-pop stan, or just a BTS stan? 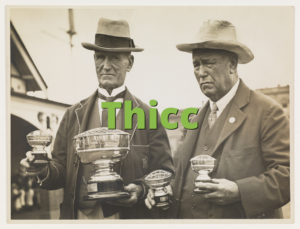 A deliberate misspelling of the word thick that denotes something (or someone) is curvy and plump, and usually in a good way. It’s pronounced the same way as “thick” but features the emphasis on the end to really strike with the /k/ sound, like you would with “rekt”. One particular origin story comes from LA gang culture, where -CK can stand for “Crip Killer”, and thus the spelling was changed to describe women without invoking the letters. After awhile of use, the term was noticed in a scene from the 2001 animated series Samurai Jack that feature the villain, Aku, saying the phrase “Extra thick” into a phone. This moment was later meme’d heavily and continued to gain popularity, even spawning an alternative font (funnily enough, it’s called “Extra Thicc”). You can see the Extra Thicc text generator here; it employs various kanji fonts to appropriate English. 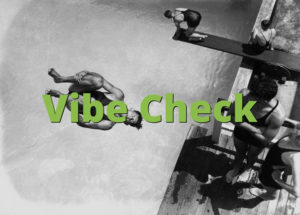 The act of checking in on everyone’s vibe or well-being. Getting an idea of the current mood can be useful for plenty of reasons, like ensuring a party is going well, letting others vent their frustrations, or encouraging mental health check-ins. However, the phrase has taken on a darker side, and is now being used as an exclamation before hitting someone in a jocular way. We prefer its use as an atmosphere surveillance announcement, but understand it has an aggressive side as well. Especially during the current pandemic, it can be really thoughtful to pay old friends and family a good vibe check right now.

Let me get a vibe check before we go. Can I get anyone anything? 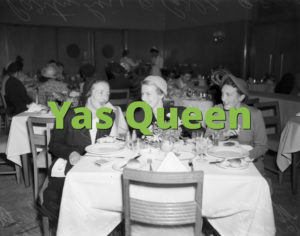 This is an encouraging exclamation that’s given to someone you idolize and find worthy of your enthusiastic praise. The phrase originates in the LGBTQ+ community, specifically 1980s ball culture. The term Queen was used as a derogatory word for gay men, but later was co-opted by that group as a term of endearment fit for royalty. The mispronunciation of the word “yes” is just for emphasis here and allows for additional A’s and S’s to really go over the top when you’re really excited. This one has gained quite a bit of popularity recently, and if you’re looking for a more detailed origin story, check out this video from The Scene on the phrase.

You finally got your Master’s program done? YAS QUEEN! 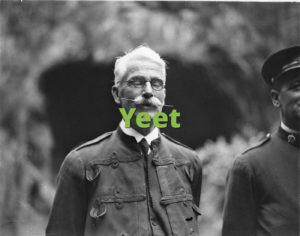 This one’s pretty simple: it can be yelled to show excitement or surprise, often when dancing, but can also be used when throwing something. The term originates from short clips of people dancing, emphasizing their movements with the expression. It really went viral on the social media service Vine, which was active for several years, starting in 2013. Plenty of creative Millennials made comedic 6-second videos on the platform, many of which are filled to brim with good slang. This one stands out as one of the most popular, and here are two vines display it in use.

That’s going to do it for Millennial slang we want to share today, but there is plenty more out there for you to explore. Check out the music video “The Tea” by Danny Gonzalez featuring Alli Fitz that masterfully demonstrates just how much there is. It’s pretty funny, and now you know maybe 20% of what these dang kids are saying.

Share this post if you think you know someone who will get a kick out of it, and make sure you check out some other dank slang on our site. Submit any you know that we’re missing on the homepage, and make sure you like our Facebook page as well. Catch you later, slangers! 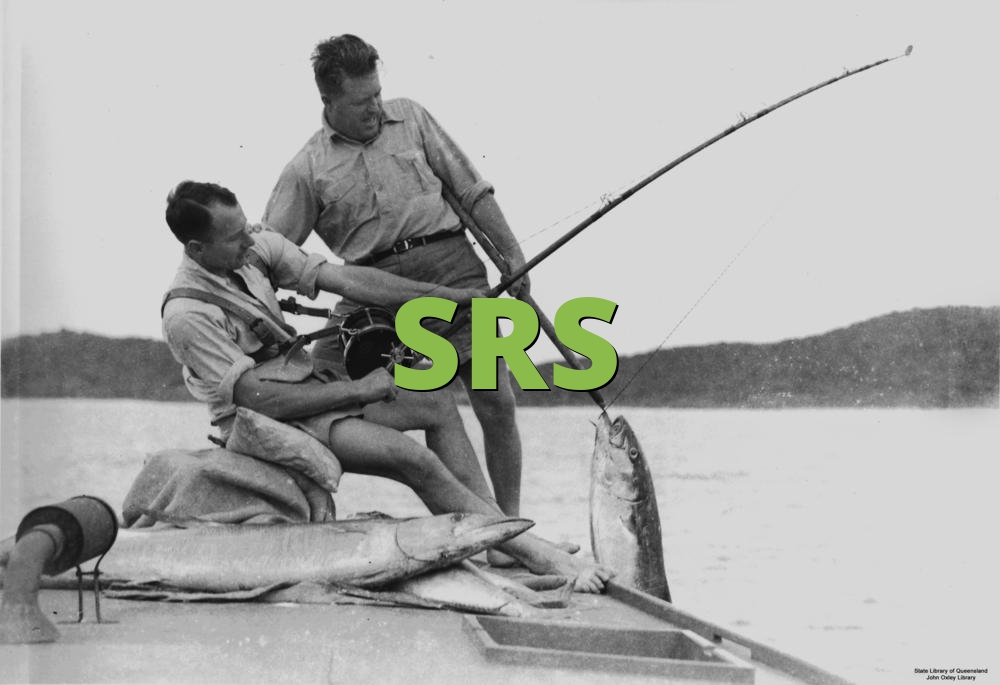 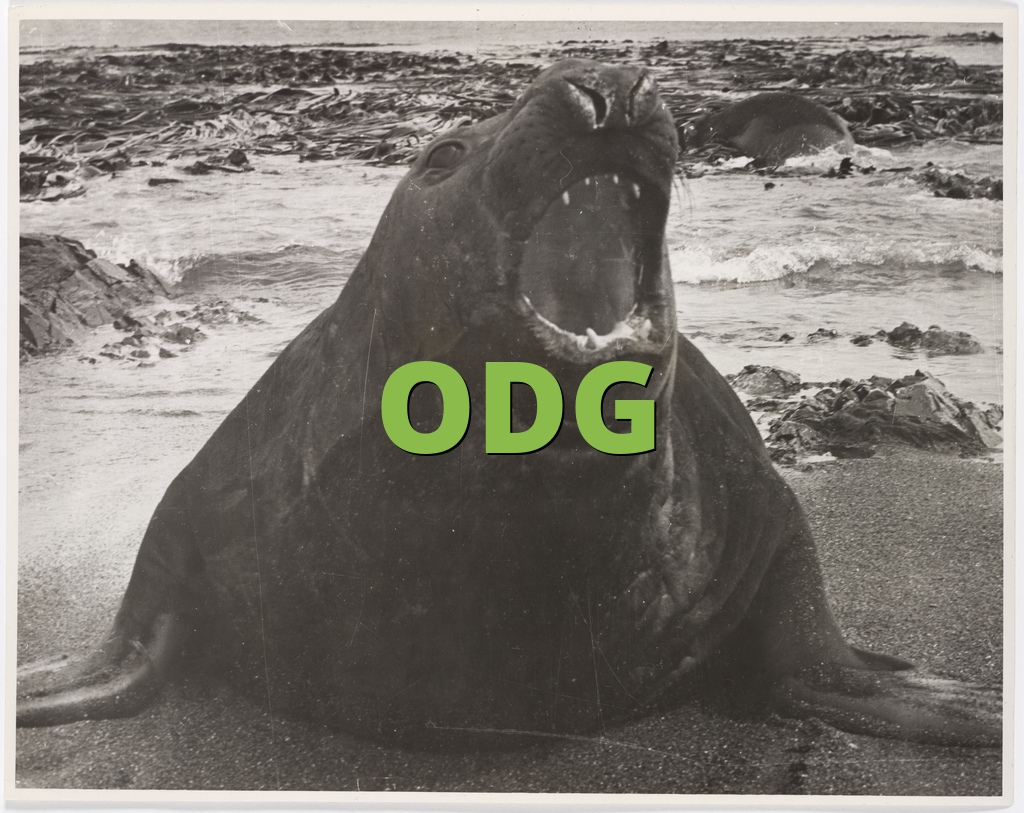 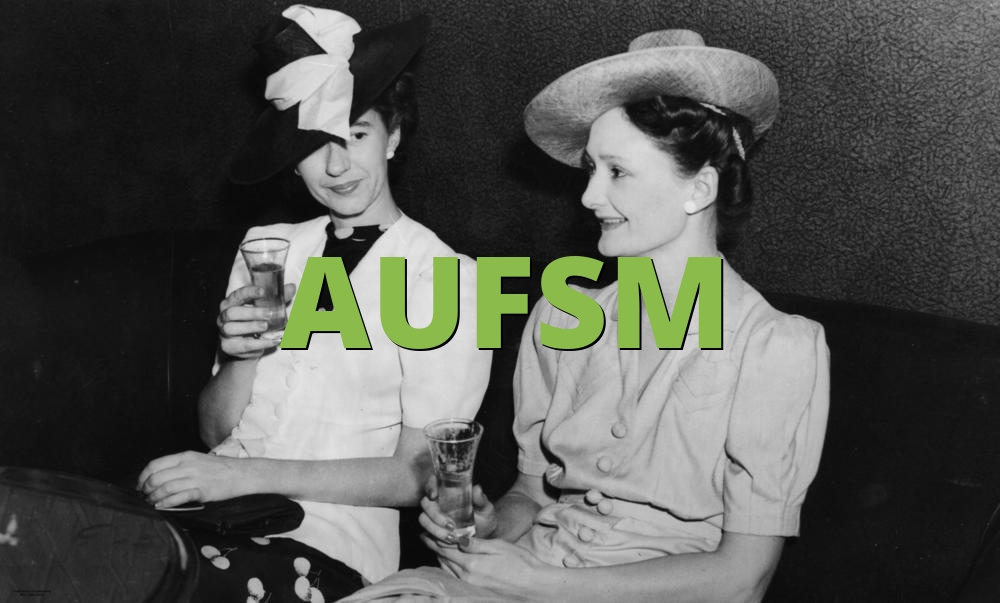 are you f**king shiting me 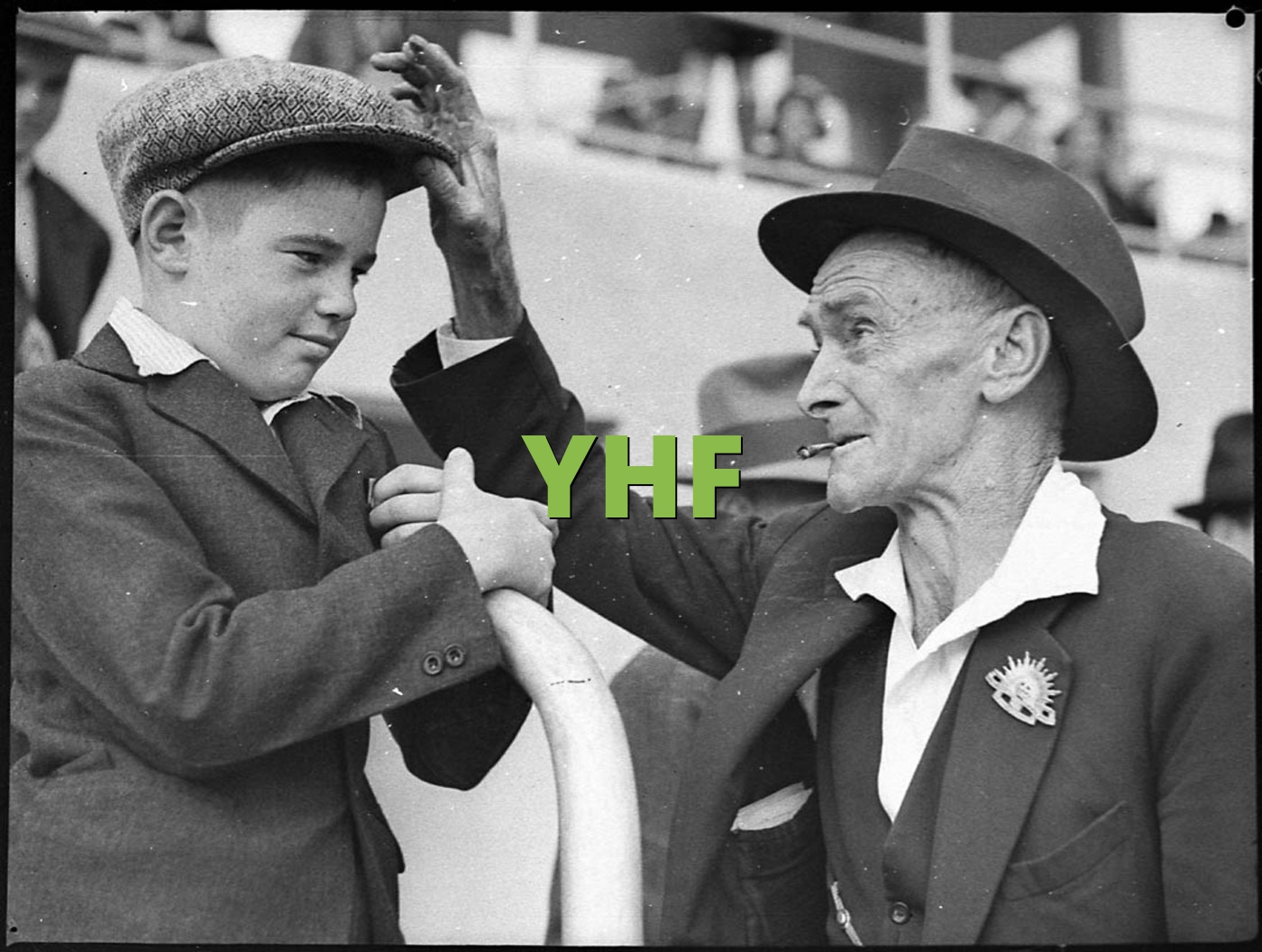